I recently finished watching Season 1 of the Netflix series “13 Reasons Why” based on the book of the same name by Jay Asher. Season 2 is available on Netflix starting today. The show candidly tackles subjects such as bullying, cyber bullying, slut-shaming, consent, sexual assault, “bro-culture” and of course, suicide. Since the show aired, there’s been controversy about whether it’s helping facilitate beneficial discussion among youth and adults, or potentially triggering youth experiencing trauma and/or ptsd to feel worse (possibly even emboldening them to attempt suicide). The best advice I’ve read so far is for parents to watch with their teens and then discuss. There is the potential to bring up tough topics that most teens typically wouldn’t discuss with their parents. However, after careful consideration, I would also suggest the show be avoided if parents have reason to believe their teen is very easily influenced by media, would be especially upset by such graphic depictions of bullying, assault, and suicide; or has not mostly recovered from a personal trauma. Since there’s been so much fuss about this, Netflix has added a post psa type piece titled “13 Reasons Why: Beyond the Reasons”. They also have a website www.13reasonswhy.info where you will find an episode discussion guide and a full resource list. I believe Series 2 will also feature a pre-show guide or warning.

From what I’ve read, the series uses a plot device that the novel does not. In the book, the character, Clay listens to all the cassette tapes Hannah recorded over the course of one night. The series however, builds each episode around a single tape featuring a specific character and event that cumulatively adds to Hannah’s distress and eventual demise. I found myself becoming more and more sucked in wanting to know what was the “final straw”, but I can also see the possibility of becoming increasingly distressed by the show, as the series is told from Hannah’s point of view, and she is a very relatable character. As I said above, teens (and adults) who are particularly susceptible, for whatever reason, may find this difficult to stomach. It is a tragic tale of a very likable character who, in a better world, would have, could have gotten help and triumphed over the ills that befell her.

As a counselor, I’m especially interested in the counseling scene (Season 1, episode 13) between the main (posthumous) character, Hannah Baker (played by Katherine Langford) and the school counselor, Mr. Porter (played by Derek Luke). The counselor, although he’s clearly trying to help, misses opportunities to understand what Hannah is experiencing. (He does appear to later question himself). He hears her describe feeling nothing, and misses the opportunity to talk about emotional numbing and what can cause that and how to treat it. He asks if Hannah did anything she regrets at the party (victim shaming), then possibly realizing his error, asks if anything happened to her. He doesn’t tell her it wasn’t her fault. At no point does he ask if she’d prefer to speak to a female counselor or give her a rape victims advocate hotline to call. He also doesn’t reach out to her family, despite seeing her in distress, or properly screen her for depression, anxiety (PTSD) or any other mental health concerns. Most important, he doesn’t give her a message of hope and healing and recovery that she so desperately needs to hear. Of course there’s no way of knowing if any of those things could have interrupted Hannah’s timeline or changed the outcome, but they should be considered.

What’s most troubling to me about the psa, “13 Reasons Why: Beyond the Reasons” is that the message of “Talk to Someone. It can help” while necessary and often true, doesn’t play out in the series (as detailed above) and I think youth will pick up on that. Hannah does talk to a counselor and tragically, it doesn’t help her. I’m hoping that Season 2 of the show will feature more retrospection on behalf of counselor, Mr. Porter and the school. One thing “13 Reasons Why: Beyond the Reasons” highlights so well is brain development in adolescence. As their frontal lobes are still developing, teens especially may have trouble seeing the bigger picture, realizing things can get better and maintaining a positive sense of self. It is common for them to have difficulty solidifying their identity, recognizing and expressing emotions, delaying gratification, containing impulses and envisioning a better future.

In reality, teen suicide is statistically on the rise. Schools need more counselors and social workers—male female, non gender conforming, trained in trauma, crisis counseling and suicide prevention. In my opinion, they also need art therapists, music therapists, dance and drama therapists who can reach kids for whom, talking alone won’t work. Youth need outlets for self expression and typically respond better to expressive therapies than to talk therapy alone.

Disclaimer: The information in this article should not be used in lieu of professional medical advice, assessment, diagnosis or treatment. The use of this website does not imply or establish any type of therapeutic relationship. Further, the links in this article are for referential or informational purposes only. 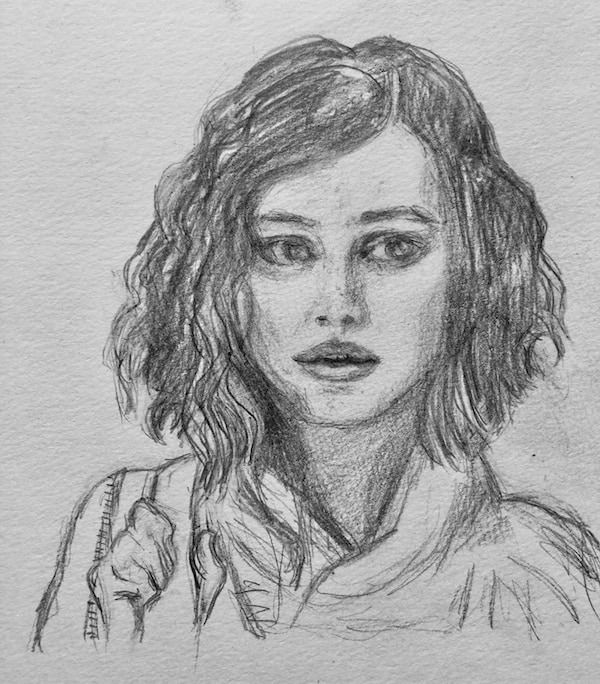